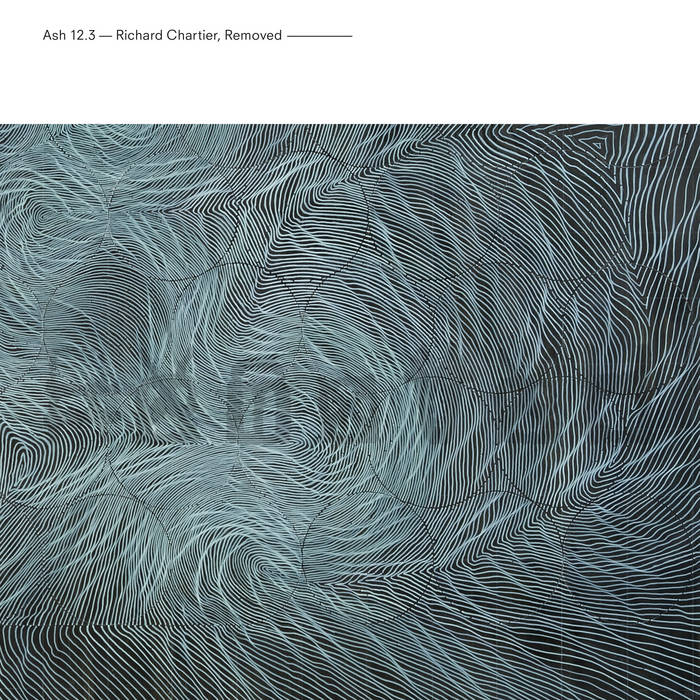 In 2000, The Wire wrote of Chartier’s work: “it’s worth stretching the ears in search of Chartier’s sequences of exquisitely sculpted sonic events, as gorgeous detail bodies forth out of the shadows"… the same holds true today.

Formed over the course of 5 years, Removed was a process of removal/erasure.

Only trace elements appear from what was. Their interactions merely a ghost of a composition — subtle echoes across the sound spectrum. A glacially paced progression of discreet relational sonic events and flows.

Inspired in part by the rigorous line drawings of American visual artist Linn Meyers, whose 2011 untitled drawing graces the cover, Removed draws the listener in to follow patterns. Meyers often creates large scale on-site works that transform a space into durational installations of seemingly endless lines. Seen from a distance these lines appear as almost natural ripples in a wall surface, but deeper, upon closer inspection, the delicate echoes and fluctuations of the artist’s hand arise from the density of details.

Chartier’s precise sound compositions work in a similar manner. Austere and shimmering, the two compositions of Removed beg for careful listening on headphones. Or let these 2 compositions play quietly amplified across your space. Either way, a physically captivating dimensional experience.

Removed is a continuing reflection on major aesthetic elements of Chartier’s artistic language as it has evolved through the years. This is Chartier’s first new solo studio album since 2013’s field recording exploration Interior Field and 2012’s purely digital Recurrence, both released on LINE, US.

Richard Chartier (American, b.1971) is a Los Angeles based artist and is considered one of the key figures in the current of reductionist sound known as both “micro sound" and Neo-Modernist. Chartier’s minimalist digital work explores the inter-relationships between the spatial nature of sound, silence, focus, perception and the act of listening itself.

Chartier’s sound works/installations have been presented in galleries and museums internationally and he has performed his work live across Europe, Japan, Australia, and North America at digital art/electronic music festivals and exhibits. In 2000 he formed the recording label LINE and has since curated its continuing documentation of compositional and installation work by international sound artists/composers exploring the aesthetics of contemporary and digital minimalism.